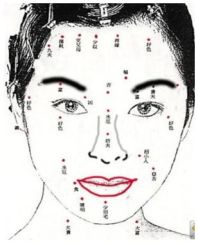 The indications of bad relationships from the female face

In modern society, female social status is increasingly improved. The female mentality of choosing a mate has also undergone tremendous changes. Many women pursue true love, at the same time many worry about becoming spinsters, and having a lonely life.

Being single and alone is difficult for most. Generally people don’t wish to be alone, in particularly in old age.

Although marriage is half decided by destiny, half depends on your own choices and character. If you know you have the indications of a spinster in your face, you need to pay attention to avoid a lonely ending.

Indication one: small ear, ear bone obvious and stuck out, no ear lobe.

This type of person is intelligent, smart, rebellious and enjoys winning. In terms of of relationships, they don’t want to contribute, only want to receive. They may be selfish, feel too good about themselves and have a sharp month.

Remedy: Don’t speak too fast, keep half of the sentence, retreat and compromise. This is to collect mouth virtue. This type of the ear also indicates a poor marriage of their parents. Under this negative influence, the person has not much confidence towards marriage, and has strong compensatory demands for love. In order to find a good marriage, the person should learn to let go of the negative shadow, think more from other people behalf. The suitable man for this type of person has big ears and thick lips.

This type of woman is precocious, likes to imagine things and look for troubles. In terms of relationships she likes to compare, often thinks that other girls partners are better than hers. This type of person is clever, independent, able to act according to circumstances and good at communication.

Remedy: avoid thinking too much, or imagining things. Late marriage is better (in thirties). The person is best to marry a man who also has the same character (high forehead). After marriage she should to pay attention to her partner and family.

Remedy: the person is best to marry a divorced husband, the man should have thick eyebrows and big eyes. The couple should have their own space, with more time spent apart than together, this can help them to have a long marriage.

Normally, the length of a nose is a third of a face. If the nose is longer than a third of the face, then it is too long. People with long noses are arrogant and sensitive, with a lack of tolerance for others and themselves. They hesitate too much. In terms of love, the person may think too much, and miss out on good opportunities.

Remedy: be more positive with love life, do not hesitate.