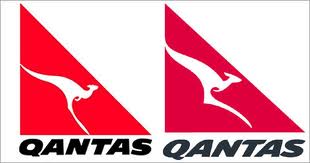 Qantas is the main airline of Australia. It has a Kangaroo logo on it. In China, people call Qantas as Flying Kangaroo.

Qantas has been the main headline over the weekend. Due to an industrial disbute, Qantas management has decided to ground its entire fleet world wide. The flying Kangaroos are grounded, having a good break. As a results, the action has stirted up thousands of people’s living and working schedules. It has caused millions of dollars loss to the Australian economy.

2011 is a metal rabbit year. The Grand Duke brings strong metal and strong wood elements.  These two elements are the main characters of the year.  They are opposite forces, metal tries to conquer the wood; wood tries to hit back to destroy the metal, as a result, both elements are seriously damaged.

At the beginning of the year, I predicted that this year could be a year of conflict and disharmony.  The conflict between Qantas management and unions is one example, the result is seriously damaging to people and economy.