Good Positions for Clocks in Bedrooms 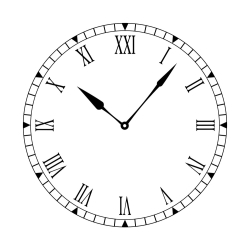 A clock is an important object to have in your bedroom, as it tells you the time. Time flies without stopping, so managing time effectively is the first step to success.

As a feng shui consultant, I often use clocks to activate the positive or remedy the negative energy in a space. Clocks are commonly used in a bedroom for sleeping and waking up.

One is to avoid the clock directly above the bed head, the other is to avoid the clock directly above your feet. In Chinese culture, there is a saying: 寿终正寝 (shou Zhong Zheng Qin) which means: to die in one’s bed at a ripe old age. The second character 终Zhong (end or die) has the same pronunciation as clock in Chinese. If you put a clock in those two positions, with the bed, it will forms a ‘ tombstone’ formation. Bad meanings.

The good positions for wall clocks are the north or east wall of the room. Other walls are also fine. Silent clocks are preferable for bedrooms.