This year  the Australian film “Red Dog” has been a big hit in Australia. I remember on one of the Saturdays in September, my son and I met up with family at the cinema in Randwick to see the movie . It took us a lot of effort to park the cars in the busy area, and met up with everyone on time. To our disappointment, the film was sold out! I watched the film on Qanta airplane when I went to Ayers Rock. It was very good. 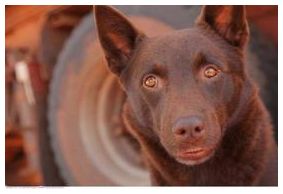 Recently, the film was nominated for 2011 Australian Film Institute awards. This came as no surprise, given with the good story, lovely dog, great productions and acting etc.. I would like to point out that “Red Dog” is happening at the right time.

From a Chinese Astrology(Ba Zi) perspective, the right time is the time which is blessed by the heaven, the earth and mankind(天时, 地利, 人和).

However 2012 will be a Water Dragon year in Chinese astrology. The fire dog is going to have a total clash relationships with the Grand Duke Jupiter is 2012. A good thing then that the film was made in 2011.