I have not written any new posts for my blog  lately. The reason  is I was too busy with feng shui consultations.  Every ending and beginning of a year is the busiest time of my work. Most clients require annual feng shui update at the beginning of the year. Today is my first day off for a long time.

The IFSA -feng shui seminar on Jan 28th went well. My Melbourne trip in early Feb was good. It was great to see Melbourne clients again. Some of them followed me since 2003. 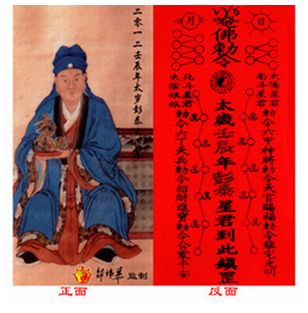 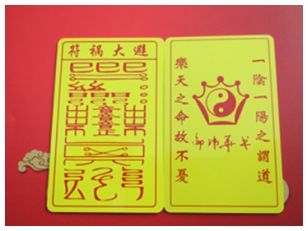 As predicted, the dragon year will not be the end of the world, however, there will still have a lot of national disasters and man made disasters. My master in China (Grand master Shao Wei Hua) has designed two charms (see the pictures on the left).

Charms/Spells are an important part of Chinese traditional culture and  part of Daoist practise. They are used to ward off evil energy, or to heal some mysterious sickness. Grand master Shao has more than 50 years experience in Daoist practice, he has healed many people.  In this particular year, he designed and signed the charms for everyone.

The left one is the Grand Duke of 2012– General Peng Tai and the safety spell. (壬辰年太岁彭泰大将军护身符，随身佩带，保出入平安。) The second one is the spell which helps you to avoid big disasters. You can print them out and keep them with you for safety.