During the school holidays, most parents have plans for their kids. Visiting the Taronga Zoo was one of my plans for my five year old son.

We met up with one of my friends who has two children with similar age as my son. Together, we visited the Taronga Zoo.

Taronga Zoo is one of the most popular zoos in Australia. It  located in Mosman, the north shore of Sydney.  The Zoo sits on a hill overlooking the Sydney harbour. People can reach the zoo by car or ferry.  The hill is on the north side of the Zoo, the harbour is in the south, south west, west and south east sides. The harbour and the city views from the zoo are spectacular. 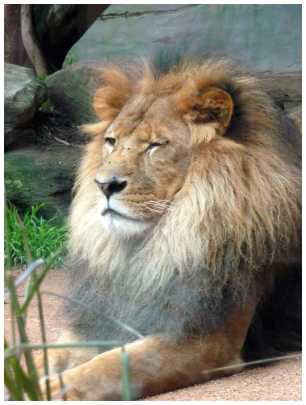 Taronga Zoo is the home for about 2,600 animals. We walked along the winding paths, and stopped at each station to see different animals. Kids were having great time observing the big and small creatures. They were thrilled by the tall giraffes, big elephants and baby elephants, strong tigers, and arrogant lions.

I took the chance to observe the land and its surroundings. From a feng shui perspective, the zoo has good energy flow in general, therefore the Zoo residents (the animals) have a good life. They are living in one of the most beautiful parts of Sydney and are well cared for by the Zoo keepers.

However the land form of the Zoo indicates that the Zoo is not having the best time in the current year. In 2010 庚寅 （tiger year) the most important 宫位（ palaces）are 艮宫， 坤宫。（Gen, Kung). The land forms of these two areas are not right. This indicates the Zoo is not making money or suffering from loss in the current year. Next year 辛卯 （rabbit year),  Taronga Zoo will do better. From the whole topography of the Zoo, I can see the Zoo will have some major success in 2014. The Taronga Zoo will be very successful in terms of profit and reputation in period nine which is from the Feb 2024 to 2043.