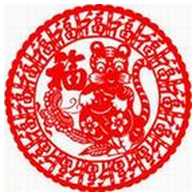 A few days ago a reporter from The Sydney Morning Herald contacted me, asking my opinion about a story she had read in Singapore.

My answer was this:

The story from Singapore is based on superstitions and some people’s imagination, it has no theoretical support. Certainly I have not told any prospective parents not to have children in the tiger year. Just think, if that was actual Chinese astrology theory, then there would be no Chinese born in the year of Tiger, eg. 1950, 1962, 1974, 1986, 1998, 2010.

According to Chinese astrological science, (the four pillars of destiny, or Bazi), a person’s character is the result from the combination of the time, day, month and year of birth. The birth sign is only represents the year of birth, it will affect only 12.5% of the whole character.

Chinese astrogy system uses 干支系统 (ten heavenly stem, and twelve earthly branch) to record the year. Tiger is one of the earthly branches, it has nothing to do with fierceness or harm.

There are factors other than birth date which affect a person’s character, such as the family, culture, environment, education and the person’s own effort and attitude of life.

Therefore, in Chinese culture, Tiger year babies are as welcome as those from any other year.