Visiting China – The Nine Dragon Cave in my home town

Does earth destroy water according to feng shui? If you say yes, then it is not 100% correct.

Based on the five elements theory, earth and water are destructive elements. Earth destroys water. However, in feng shui practice, we need to look things relatively.  Earth does not always have the strength to destroy water, water sometimes can destroy earth. Such as a tsunami. 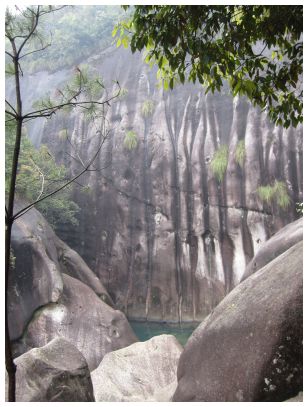 When I was in China last week. I visited a national park in my hometown- Fu An. The place is called Nine Dragon Cave (九龙洞).  This national park is about 45 km from the city. It is hidden deep inside the mountains. It was found, developed and protected by the environmental protection bureau of China in recent years.

Here are some pictures which I have taken at the park. The Nine Dragon Cave is a maze like cave formed by the accumulation of huge rocks on the riverbed. The blocks have fallen from two side cliffs of the river due to gravitational collapse. Inside the cave, you can see differently-shaped potholes on the riverbed or rolling stones.

While I was astonished by nature’s great power, I’m also aware of the truth that softness (water) can overcome strength (rock/earth). 以柔克刚. 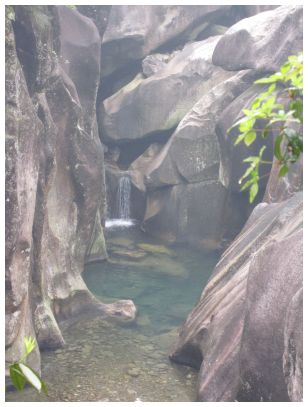